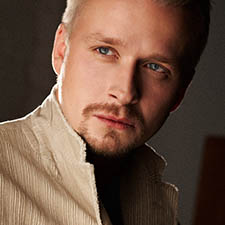 Winner of the 2005 World Piano Competition in Cincinnati, Ohio, Mr. Yakushev received his first award at age 12 as a prizewinner of the Young Artists Concerto Competition in his native St. Petersburg. In 1997, he received the Mayor of St. Petersburg’s Young Talents award, and in both 1997 and 1998, he won First Prize at the Donostia Hiria International Piano Competition in San Sebastian, Spain. In 1998, he received a national honor, The Award for Excellence in Performance, presented to him by the Minister of Culture of the Russian Federation in Moscow. Most recently, Mr. Yakushev became a recipient of the prestigious Gawon International Music Society’s Award in Seoul, Korea.

Mr. Yakushev attended the Rimsky-Korsakov College of Music in his native St. Petersburg, Russia, and subsequently came to New York City to attend Mannes College of Music where he studied with legendary pianist Vladimir Feltsman.

Ilya Yakushev is a Yamaha artist.