Concert can be viewed ONLY during the time indicated.
LIVE STREAM concerts must be viewed during the specific time period indicated. If you tune in after the concert starts or forget to watch, you will miss this wonderful event. 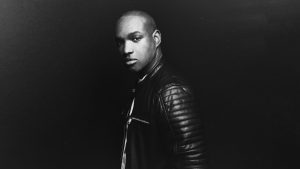 American-born tenor Lawrence Brownlee captivates audiences and critics around the world, and has been hailed as “an international star in the bel canto operatic repertory” (The New York Times). Proceeds from his Worcester performance will benefit several charitable community groups. 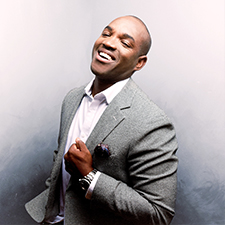 American-born tenor Lawrence Brownlee captivates audiences and critics around the world, and has been hailed as “an international star in the bel canto operatic repertory” (The New York Times), “one of the world’s leading bel canto stars” (The Guardian), and “one of the most in-demand opera singers in the world today” (NPR). Brownlee was named 2017 “Male Singer of the Year” by the International Opera Awards, and also serves as Artistic Advisor at Opera
Philadelphia, helping the company to expand their repertoire, diversity efforts and community initiatives.

The 2019-2020 season starts with a return to Lyric Opera of Chicago for one of his signature roles as Count Almaviva in Il Barbiere di Siviglia under the baton of Sir Andrew Davis, followed by Dutch National Opera for another Rossinian comedy favorite as Don Ramiro in his La Cenerentola. Brownlee then makes a welcome return to Houston Grand Opera, adding a new role to his repertoire as Fernand in a new production of Donizetti’s La Favorite.

Brownlee then switches gears to perform several concerts and recitals with the Orchestra dell’Academia Santa Cecilia, Münchner Rundfunkorchester, Würth Philharmoniker, and more. He will also perform in a series of solo recitals featuring his critically-acclaimed song cycle Cycles of My Being that centers around the black male experience in America today, including Shriver Hall in Baltimore, and at Gardner Museum Concerts in Boston. His spring includes a house debut at Dallas Opera for Il Barbiere di Siviglia. Brownlee’s season concludes with singing in Il Pirata at the Konzerthaus Dortmund and Klangvokal Festival and Beethoven’s 9th Symphony at the BBC Proms.

This past season saw Lawrence Brownlee at some of the most esteemed international opera houses such as the Opéra national de Paris, Opernhaus Zürich, Deutsche Oper Berlin, and Opéra Royal de Wallonie-Liège, and stateside at the Houston Grand Opera, as well as a 12-stop US tour with Eric Owens performing at the Seattle Symphony, Philadelphia Chamber Music Society, the Los Angeles Philharmonic, as well as a performance at Carnegie Hall with Jason Moran and Alicia Hall Moran.

Brownlee’s album Allegro Io Son, received a Critic’s Choice from Opera News, among numerous other accolades, and followed his previous Grammy-nominated release on Delos Records, Virtuoso Rossini Arias, which prompted New Yorker critic Alex Ross to ask “is there a finer Rossini tenor than Lawrence Brownlee?” The rest of his critically acclaimed discography and videography is a testament to his broad impact across the classical music scene. His opera and concert recordings include Il barbiere di Siviglia with the Bayerische Rundfunk Orchestra, Armida at the Metropolitan Opera, Rossini’s Stabat Mater with Accademia di Santa Cecilia, and Carmina Burana with the Berliner Philharmoniker. He also released a disc of African-American spirituals entitled Spiritual Sketches with pianist Damien Sneed, which the pair performed at Lincoln Center’s American Songbook series, and which NPR praised as an album of “soulful singing” that “sounds like it’s coming straight from his heart to yours.”

Brownlee is the fourth of six children and first discovered music when he learned to play bass, drums, and piano at his family’s church in Youngstown, Ohio. He was awarded a Masters of Music from Indiana University and went onto win a Grand Prize in the 2001 Metropolitan Opera National Council auditions. Alongside his singing career, Brownlee is an avid salsa dancer and an accomplished photographer, specializing in artist portraits of his on-stage colleagues. A die-hard Pittsburgh Steelers and Ohio State football fan, Brownlee has sung the National Anthem at numerous NFL games. He is a champion for autism awareness through the organization Autism Speaks, and he is a lifetime member of Kappa Alpha Psi fraternity Inc., a historically black fraternity committed to social action and empowerment.