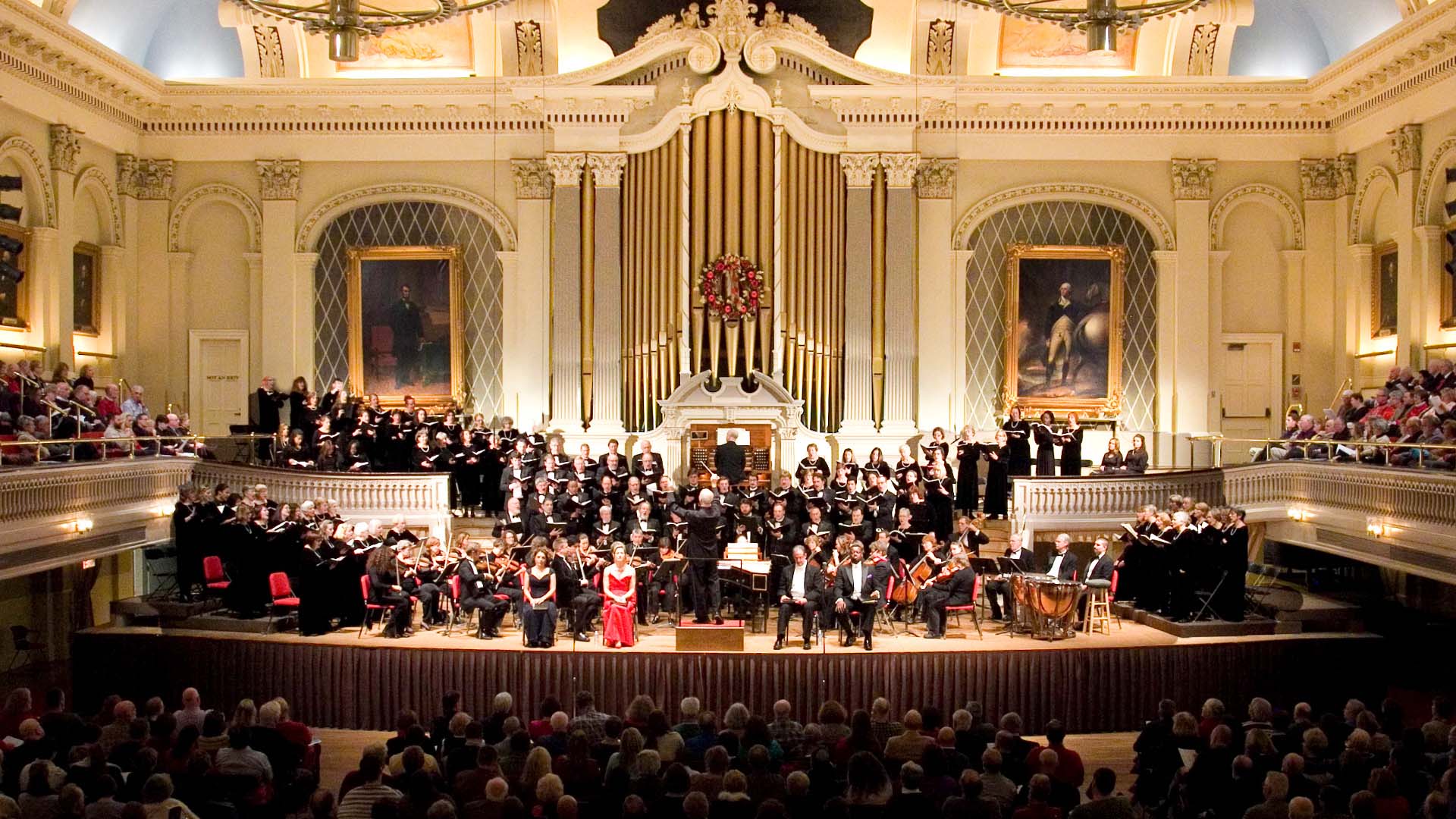 ON DEMAND VIEWING
$20 per household

This live performance was recorded via Live Stream on Saturday, December 4 at Worcester’s Mechanics Hall.

Buyers may purchase a ticket to view the full performance recording as an On Demand video at the button below. Unlimited viewing is available during the month of December, 2021.

On Demand viewing is now on sale at $20/household for unlimited viewing during the month of December 2021.

These ears have rarely encountered so glorious a version as that presented at Mechanics Hall as part of Music Worcester’s 160th anniversary season.

—Tyran Grillo on the spring 2019 performance of Handel's messiah 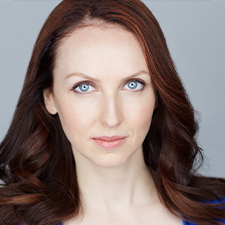 Praised for her ‘pure, lustrous voice’ and ‘Lucille Ball-like energy,’ soprano Sarah Callinan has performed a wide variety of operatic roles across the U.S. Some favorites include Despina (Cosi Fan Tutte) with Opera Carolina, Blondchen (Die Entführung aus dem Serail) with Arizona Opera, Frasquita (Carmen) with both Michigan Opera Theater and Opera New Jersey, Rosina (Il Barbiere di Siviglia) and the title role in La Fille du Régiment with Connecticut Concert Opera, Gilda (Rigoletto) and Amina (La Sonnambula) with Salt Marsh Opera, Norina (Don Pasquale) and Valencienne (The Merry Widow) with Cape Cod Opera, and Queen of the Night (The Magic Flute) with Boston Lyric Opera’s educational tour. She sang the role of Blondie in the “Star Trek” production of The Abduction from the Seraglio, she appeared with Abilene Opera in role of Veronique for the Texas premiere of Thomas Pasatieri’s The Hotel Casablanca, and sang the role of Marianne in The New Moon and Helen de Vazquez in Victor Herbert’s Orange Blossoms with Light Opera of New York. A recording of Orange Blossoms was released in 2015 on the Albany Records label.

Most recently, Ms. Callinan sang with Vox New England for a special New Year’s Eve presentation of Strauss’ Die Fledermaus; she sang with the Massachusetts Symphony Orchestra for both their Holiday Concert and their Magically Mozart Concert in the Park series, and is a frequent performer at the Sanibel Music Festival. This season, Sarah is delighted to return to Sanibel for a concert performance of Andrew Lloyd Webber: Superstar of Song and Stage. She will also reprise the role of Rosina in The Barber of Seville with Opera Theater of Connecticut.

Among her many concert performances, she has performed as soprano soloist in the Verdi Requiem with The Chorus of Westerly and Capella Cantorum; Samson, Carmina Burana, and Rutter’s Mass of the Children with the Falmouth Chorale; Mozart’s Coronation Mass, Vesperae Solennes de Confessore and Faure’s Requiem with the Farmington Valley Chorale, and has appeared in several concert events with the Hartford Symphony and Worcester Youth Symphony Orchestra.

When she’s not singing opera, Ms. Callinan is a frequent soloist with Dan Gabel and The Abletones, an authentic 18-piece Big Band, as well as The High Society Orchestra, a 1920s hot jazz orchestra. In 2019 she was honored to sing with The Abletones for Massachusetts Governor Charlie Baker’s second inaugural, and is featured on their recent Christmas album By the Fireside. Ms. Callinan is also the leader of the new Moon Maids, a vintage vocal group that was originally founded in 1945 and performed with Vaughn Monroe and his orchestra. 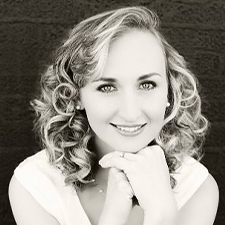 Whether in opera or on the concert stage, Hungarian mezzo-soprano Agnes Vojtko has established herself as a versatile and genuine artist. It is largely her musical formation what has put her dynamic profile in the international spotlight. She completed a bachelor degree in music at the prestigious Franz Liszt Academy in Budapest. Later, she moved to the United States as a Fulbright fellow to attend the Butler School of Music of The University of Texas at Austin, where she obtained the degree of Doctor in Musical Arts. Her vocal flexibility and magnetic dramatic presence are, therefore, infused with the best from the Austro-Hungarian tradition and her American music training.

In 2006, Agnes made her opera debut to critical acclaim with Opera in the Heights’s production of Norma as Adalgisa. The Houston press raved, calling her performance “a revelation”. Either “pouring out Adalgisa’s legato remorse or scaling the heights in ‘Mira, O Norma’… she’s a force to be reckoned with.” She has also appeared in Austin Lyric Opera’s Madame Butterfly as Ms. Pinkerton, and in several productions of the Sarah and Ernest Butler Opera Center, which include Menotti’s The Medium (as Mrs. Nolan), Puccini’s Suor Angelica (as La Badessa), the American Premiere of Luis Jaime Cortez’s La Tentación de San Antonio (as Helena), Tchaikovsky’s Eugene Onegin (as Olga), and Peter Brook’s La Tragédie de Carmen (as Carmen), for which she was nominated for an Austin Critics Table Award. It is because of her “rich voice” (The Austin Chronicle) that Agnes delves into these roles with natural ease and grace. Meanwhile, her scholarly approach to earlier repertoire shows the span of her vocal versatility. She has sung with the Ars Classica Chamber Opera as Fidalma in Cimarosa’s The Secret Marriage, as Second Lady in Mozart’s The Magic Flute, as Cherubino in The Marriage of Figaro, as Zerlina in Don Giovanni, as well as Proserpina in L’Orfeo with the Budapest Chamber Opera, and as Nerone in L’incoronazione di Poppea with the Sarah and Ernest Butler Opera Center. Recent highlights of her solo concert activity also include Mahler’s Songs of the Wayfarer, Donald Crockett’s The Cinnamon Peeler, and Mozart’s Mass in C Minor. 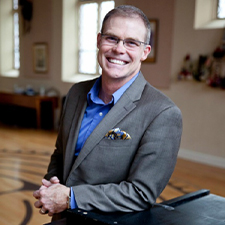 A graduate of the University of Miami and veteran public school music teacher, Steve Mitchell is recognized as a distinguished choral conductor, choreographer, and soloist. He was co-founder of the Cutler Ridge Middle School Ridge ARTS Program, recognized by The Executive Educator magazine and The School Board Journal as “…one of the 25 most effective instructional programs in North America.” In addition to public school, Mr. Mitchell has conducted The Miami Boy Choir, University of Miami Summer Choral Camp, University of Wisconsin Music Clinics, CT Northern Regional Middle School and High School Choirs, the Berkshire League Music Festival, CT Southern Regional High School Honor Choir, and the NCCC Festival Choir.  His instrumental and orchestral conducting experience includes the Hartford Symphony Orchestra, as well as concerts featuring musicians and ensembles of the American Federation of Musicians Local 400, as well as numerous temple and church choirs. As a clinician, Mr. Mitchell has worked with CT Region 1 & Region 7 music teachers and is a regular adjudicator with Fantastic Festivals. He continues to work with area schools and choral organizations as a clinician and workshop leader focusing on choral tone, vocal health, repertoire, and style development.

Mr. Mitchell came to Connecticut in 2000 to serve as Minister of Music & Arts at Asylum Hill Congregational Church in Hartford where his responsibilities included direction of the Sanctuary Choir, worship development, children’s music programming, adult studies in art, drama & music, and the Asylum Hill Concert Series. In 2012, he founded the John & Edie Murphy Music for Humanity Concerts – an endowed concert fund that uniquely marries live concert performances with community outreach featuring such wide ranging productions as the Mozart Requiem and the Duke Ellington Sacred Concerts. In the fall of 2016, Mr Mitchell was appointed the Director of Choral Music at Kingswood Oxford School – a prestigious independent day-school in West Hartford, CT, where he directs and/or oversees the nine vocal ensembles in the Middle and Uppers School programs.

In addition, Mr. Mitchell is a sought after soloist. His solo credits include: The Miami Bach Society, the Florida Grand Opera, Connecticut Concert Opera, Summer Wind, CONCORA, VOCE, Café Eiko @Japanalia, the Hartford Symphony Orchestra and The New World Symphony Orchestra under the direction of Michael Tilson-Thomas.  Mr. Mitchell teaches privately for a select group of singers and conductors in the region. 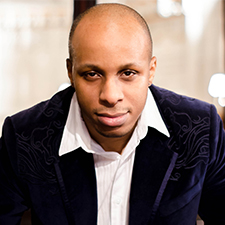 He has also been a guest cantor and soloist at some of the world’s most famous churches and cathedrals, including Notre Dame, Sacré-Coeur, and La Madeleine in Paris, San Marco in Venice, Santa Maria del Fiore in Florence, San Salvatore in Montalcino, Santa Maria Maggiore and San Giovanni in Laterano in Rome, Thomaskirche and Nikolaikirche in Leipzig, and Wieskirche in Steingaden. 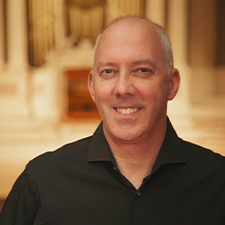 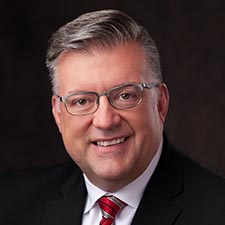 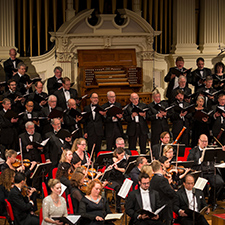